The WinFS store can be accessed through several APIs, and in this release an app can use ADO.NET with the SQL Server™ Provider, OLE DB with native code, a COM-based API, and a managed API.

In general, developers will use the APIs rather than T-SQL, but will still have access through T-SQL because there are a number of things that you can do in T-SQL that you cannot do with the other APIs.

Second, since the ItemContext represents a data connection, it provides transactional facilities. If you like, you can make several changes to the store as an atomic unit. Finally, an ItemContext describes the scope of the work that you will do by defining which items your searches will act upon.

The first action that you need to take is to open an ItemContext with the static Open method.

The parameterless version of Open will open the context for all items, but you can limit the scope of the context with the other overloads. WinFS uses a naming scheme that allows you to identify both the volume and a backslash-delimited path to a folder.

Once you have done this, all the changes you make to the store will be performed under the influence of the transaction until you call EndTransaction and treat all of your changes to the store as an atomic action.

It is also worth pointing out that when you have finished accessing the store you should call Close on the ItemContext to release the data connection.

If you have made changes to the store, you should also call Update to ensure that the changes have been persisted to the store. For this prerelease version of WinFS, once you have created a Folder object, you should save it before attempting to insert any items into the folder. To do this you can call Folder.Save, which is merely a wrapper around ItemContext.Save. 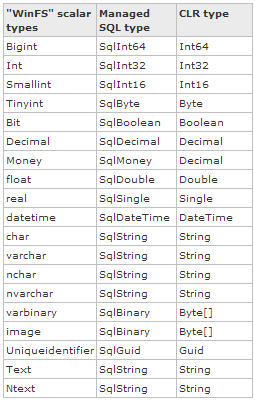